“The world is getting weirder. Darker every single day. Things are spinning around faster and faster, and threatening to go completely awry. Falcons and falconers. The center cannot hold.

But in my corner of the country, I’m trying to nail things down. … I don’t want to live in a world where the strong rule and the weak cower. I’d rather make a place where things are a little quieter. Where trolls stay the hell under their bridges, and where elves don’t come swooping out to snatch children from their cradles. Where vampires respect the limits, and where the faeries mind their p’s and q’s.

My name is Harry Blackstone Copperfield Dresden. Conjure by it at your own risk. When things get strange, when what goes bump in the night flicks on the lights, when no one else can help you, give me a call. I’m in the book." 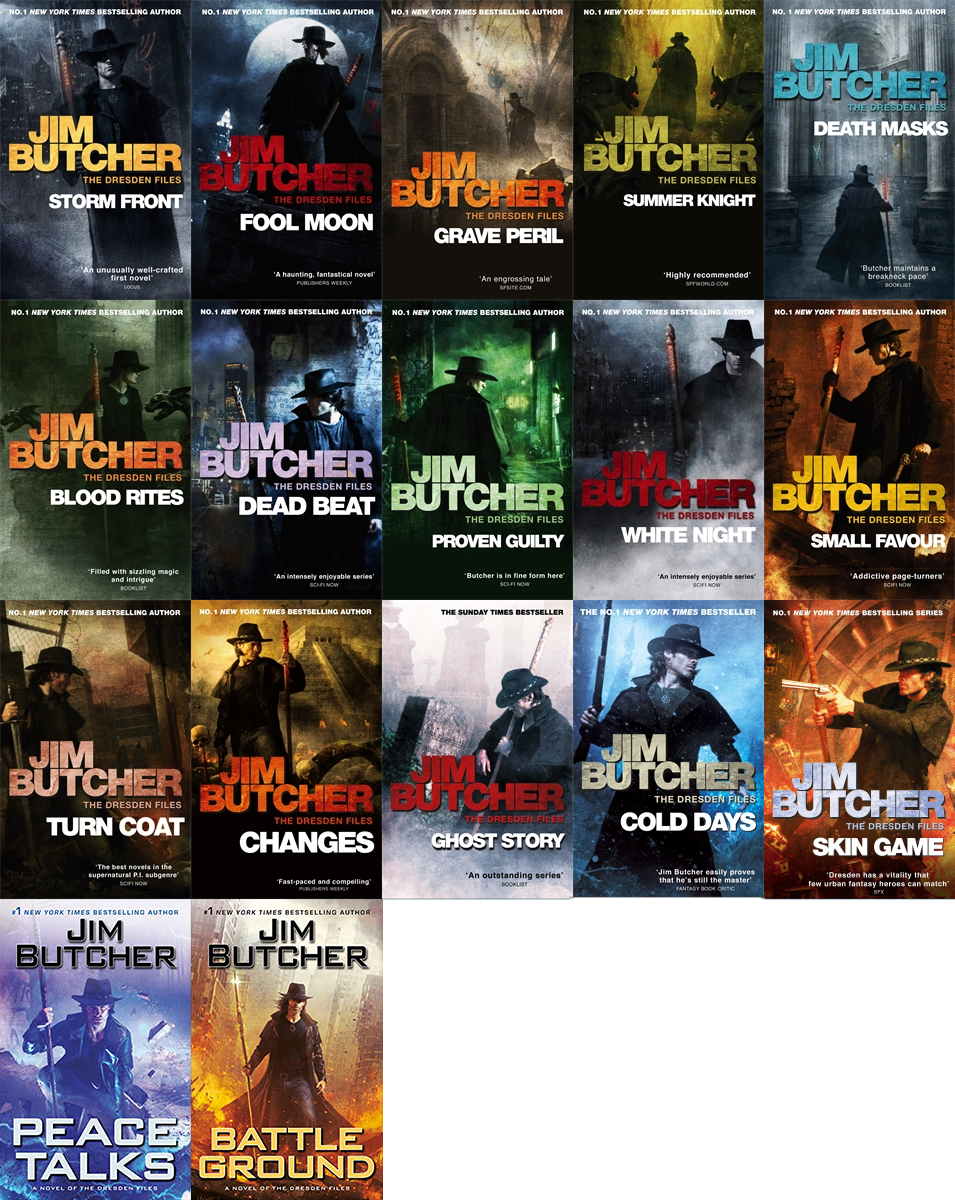 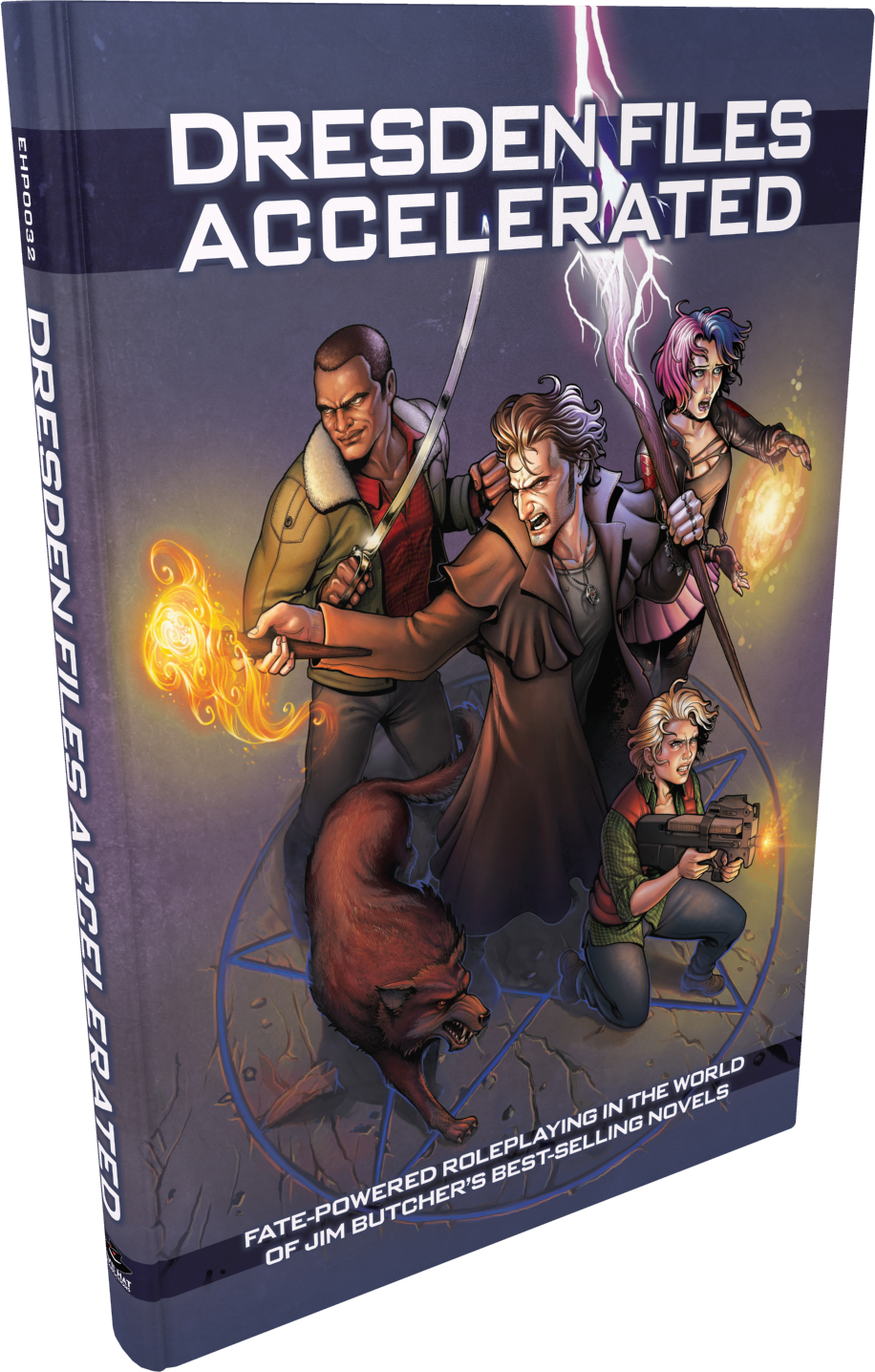 When the Dresden Files Roleplaying Game was released in August of 2010 our group was formed to play it. We hadn’t met each other before and it was a bit slow going at first but over the years the game has morphed into a living breathing campaign with a great deal of history. Unfortunately, half of the original members moved out of town leaving the fate of the Emerald City in question. Luckily we were able to recruit new players to infuse the game with new ideas.

In 2017, Evil Hat released Dresden Files Accelerated and we, as a group, decided to port our campaign over to the new rules system. We didn’t want to walk away from the rich backstory and characters we had created with The Emerald City. We agreed to advance the game’s timeline to after the final resolution of the war between the White Council of Wizards and the Red Court Vampires as seen in Jim Butcher’s novel, Changes, and essentially reinvent the city keeping in mind the events that went before. Since we are playing a new campaign using a different rule system, new players, and essentially a different Emerald City I realized we need a new Obsidian Portal site to go with it. You can see the original campaign’s Logs and stories at:

All the images appearing on this site were culled from various sources on the internet and then altered by myself in Photoshop. In general they are used without permission claiming fair use: parody/pastiche. This is a non-profit site, with no challenge real or intended to legally held copyrights. Please contact HumAnnoyd if you would like an image removed.

Thanks, Frak! It is a lot of fun to work on the game. It is a labor of love.

Oh wow this page is beautiful!

Thanks Townsend! It is always good to hear that our site inspires folks. DFA is a great game. I look forward to seeing what you do with it!

Oh man, I’m impressed! We are just starting our DFA game – you have done a TON of work. (insert “we’re not worthy” kowtowing here) Your site here gives me tons of inspiration. Thanks!

Thanks for the kind words, PhoenixMark. I think it is because the game is really a helluva lot of fun and it inspires me to really go all out and improve it whenever and however I can.

Dude! This site is out of this world. Many Kudos to you and your friends. My humble site has slowed down considerably. I applaud you for the style and professionalism of your site. Great work.

No. Unfortunately I am not a play tester. I made the site with the idea of “if you build it they will come”. Sadly it didn’t work out that way. But it has been fun re-imagining my Emerald City site into the FAE version with new graphics and the like.

Are you one of the Playtesters? Sweet!

Thanks Twiggyleaf. And thanks for Faving the site as well. It is a labor of love at this point since I don’t have the rules yet.

I can’t wait to get my hands on the rules. I love FAE and I love DFRPG. Combining the 2 of them is a dream come true for me.

I am curious to see your thoughts on how the Accelerated version of Dresden Files goes.